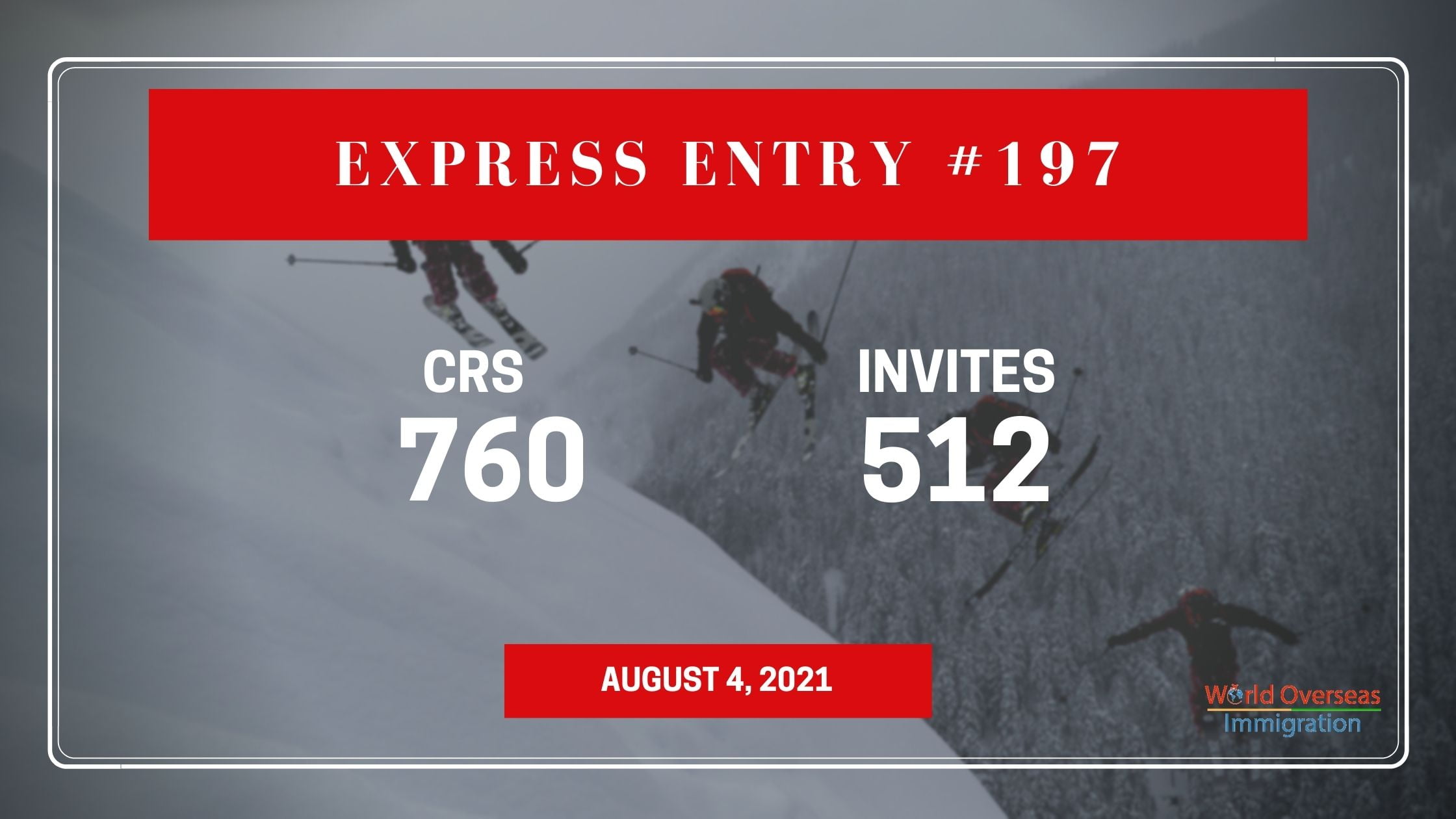 Canada invited 512 candidates with scores of at least 760. The relatively high score was because Provincial Nominee Program (PNP) candidates automatically get 600 points when they receive their provincial nomination.

In the previous PNP invitation round, 462 Express Entry candidates were invited to apply for permanent residence with scores of at least 734.

Since the start of 2021, IRCC has been holding only PNP- and Canadian Experience Class (CEC)– specific Express Entry draws. This has been an effort on IRCC’s part to admit candidates who are already in Canada.

The number of Invitations to Apply (ITAs) has almost doubled compared to the same time last year. This suggests that IRCC is doubling down on its efforts to admit 108,500 newcomers through the Express Entry system in 2021. So far this year, 99,316 PNP and CEC candidates have been invited.

If you are eligible for an Express Entry-managed program, you will get a score based on the Comprehensive Ranking System (CRS). The CRS awards points based on skilled work experience, education, age, official language skills, and other factors.

The CRS is out of a possible 1,200 points. The vast majority have less than 500 points, except for PNP candidates because having a provincial nomination means an automatic 600 CRS points added to their original score.

IRCC invites the highest scoring candidates to apply for permanent residence during regular rounds of invitation. Invited candidates can apply for Canadian immigration.