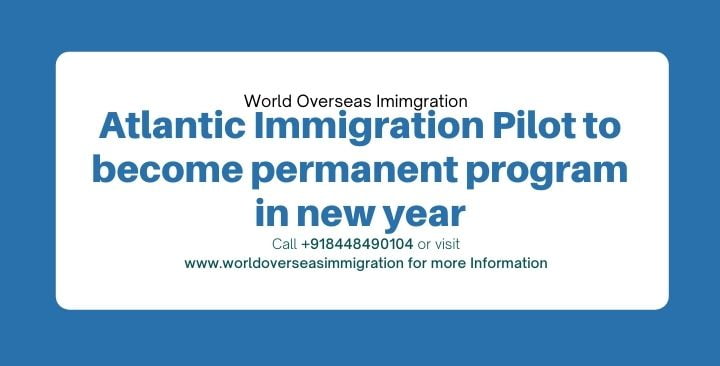 The program will allow 6,000 freshmen to come to Atlantic Canada per year.

Fraser, who is from Nova Scotia, was joined by fellow Liberal Member of Parliament Ginette Petitpas Taylor, who is the minister responsible for the Atlantic Canada Opportunities Agency, as well as the provincial leader of other Atlantic provinces.

Fraser said that since AIP began in 2017, it has brought in about 10,000 new people to the provinces. Participating employers offer more than 9,800 jobs in key sectors including health care, housing, food services and manufacturing. After a year, more than 90% of newcomers to AIP were still living in Canada, which is much higher than other immigration programs in the region.

The news came shortly after Nova Scotia was announced that its population had grown to one million. In the first quarter of 2021, 5,696 people moved to Nova Scotia from other countries and other parts of Canada, and the province’s population increased by 2,877, the biggest increase in the first quarter since 1971. The province also has an immigrant retention rate. 71%, highest in Atlantic Canada.

The pilot will officially close on December 31, but Immigration, Refugees and Citizenship Canada (IRCC) will still accept applications under the pilot from people with valid provincial endorsements until March 5, 2022.

What is AIP and why is it considered successful?

Atlantic Canada has one of the oldest populations in the country. A large number of workers are retiring in these provinces, and some new workers are arriving.

While this is a problem across the country, it is particularly evident in the four East-Coast provinces: Newfoundland and Labrador, Prince Edward Island, New Brunswick and Nova Scotia.

The demographic challenges of having an older population in Canada have long been a case in point for supporting economic immigration. However, despite the success of the Provincial Nominee Program (PNP), created in 1998 to meet regional labor market and demographic needs, Atlantic Canada has struggled to retain immigrants.

Enter AIP. It was launched in 2017, and has started showing early signs of success since winter, according to a report by IRCC. The report suggests that AIP is improving retention rates in the region.

Through AIP, immigrants come to Atlantic Canada with a job and settlement plan from a designated service provider. These elements address the reasons why many immigrants leave the region due to lack of job opportunities. People who live there often do so because of family or friends in the area.

Landing over 47,000 Immigrants, A new monthly record in November