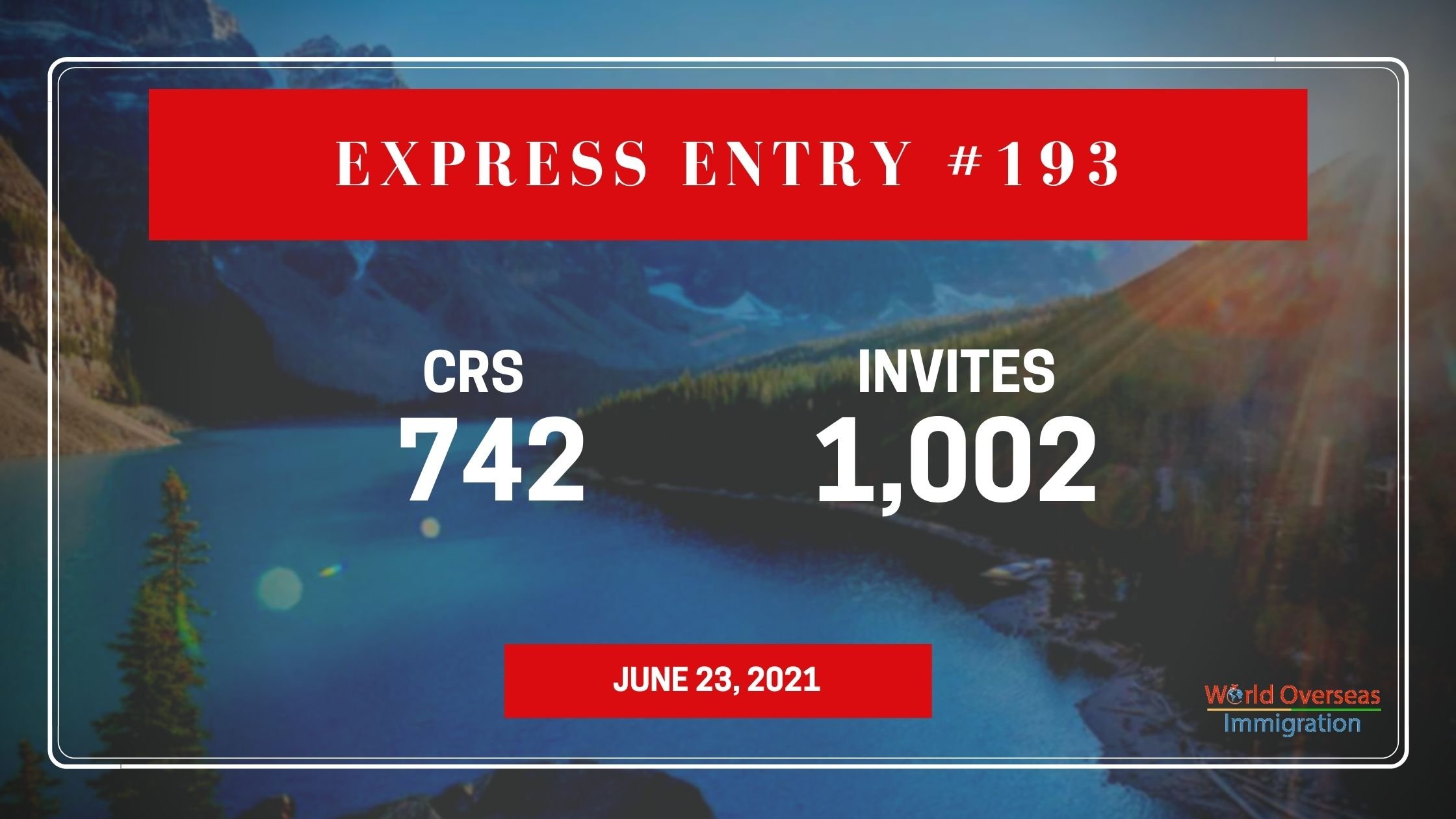 Canada held its 193th Express Entry draw on  June 23. A total of 1,002 ITA are issued. The minimum Comprehensive Ranking System (CRS) score in this round was 742.

This CRS score may seem higher than the because everyone invited had previously received a nomination from a Provincial Nominee Program (PNP). Any time someone gets a provincial nomination, they automatically get 600 points added to their score. This is why the score requirement was so high.

In the previous PNP-only draw, Canada invited 940 PNP candidates to apply for permanent residence, and the score requirement was 711 points. It was the biggest draw of its kind, ever.

Immigration Refugees and Citizenship Canada (IRCC) applied a tie break rule in today’s draw; candidates had to have submitted their profiles before  February 18, 2021 at 04:04:56 UTC. This means that all candidates with CRS scores above 742, as well as those with scores of 742 who entered their profile in the Express Entry pool before this date and time, received an ITA.