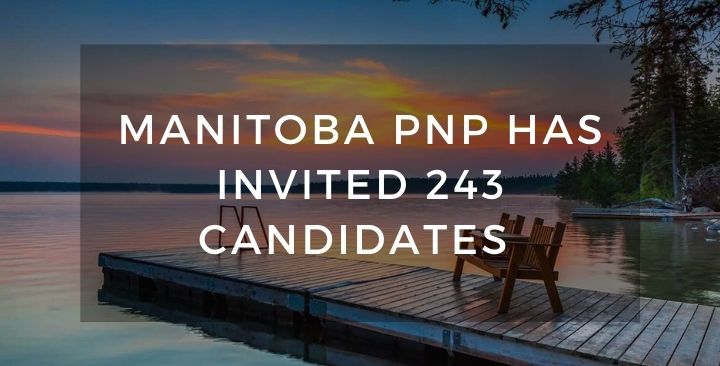 Manitoba invited 243 Canadian immigration candidates to apply for a provincial nomination on April 8, 2021. Candidates who have received invitation can apply for Manitoba Provincial Nominee Program (MPNP). If they receive it, the nomination will support their final application for Canadian permanent residence.Manitoba has many immigration programs dedicated to attracting international talent to settle in the province. The government of Manitoba manages its immigration through the MPNP, which supports immigration applications to the federal government. Canadian provinces do not have the ability to give out permanent residency status, but they can help an application along by issuing provincial nominations.If you want to benefit from a nomination from Manitoba, you need to register an Expression of Interest with the MPNP. This puts you in a position to receive an LAA through the Skilled Workers in Manitoba and Skilled Workers Overseas streams.

Express Entry is the main way Canada manages skilled worker applications. It is possible to skip the PNP process and receive a permanent residence invitation by applying through Express Entry directly.

Express Entry is an application management system for three federal immigration programs. When you submit your profile, you are then ranked based on the Comprehensive Ranking System (CRS), which considers factors like your age, work experience, education, and language skills.

The highest-scoring candidates receive invitations to apply for permanent residence through regular Express Entry draws.You gain an additional 600 CRS points if you receive a provincial nomination from a PNP, such as Manitoba’s. This award is high enough to allow you to receive an invitation from IRCC.