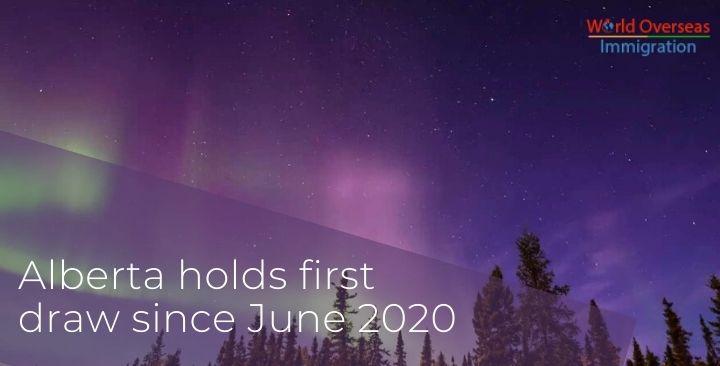 Alberta invited qualified candidates with an express entry profile to apply for a provincial nomination for permanent residency in the province’s latest Provincial Nominee Program (PNP) draw on 8 January.

The Alberta Immigrant Nominee Program (AINP) issued 50 invitations to candidates who may be eligible through the Alberta Express entry stream.

Invited candidates must have a valid express entry profile with a Comprehensive Ranking System (CRS) requirement of at least 406.

To be in the express entry pool, candidates need to qualify for one of these immigration streams. They are evaluated based on several factors such as their age, education, work experience and language ability and are ranked according to CRS.

The candidates of the highest category are then invited to apply for permanent residence through regular express entry draw. Candidates who receive a provincial nomination are awarded an additional 600 CRS points. This effectively guarantees the receipt of an invitation to apply in a subsequent express entry draw.

Candidates in the Express Entry system have the opportunity to receive an invitation to apply for a provincial nomination from Alberta, as well as other provinces with Express Entry-aligned PNPs. They need to have work experience in an eligible occupation that supports the province’s economic development and diversification priorities.

The AINP provides a list of occupations that they will not consider. Any other occupation may be considered.

On November 1, 2020, the federal government increased the number of occupations that are not eligible to apply for a Labour Market Impact Assessment (LMIA) in Alberta. However, candidates who received a Notification of Interest on or after November 1, 2020 can be selected through the Alberta Express Entry Stream, even if they are working in an occupation that the federal government refuses to process an LMIA for.

As of yet, the number of nominations that the AINP can issue in 2021 is undisclosed.