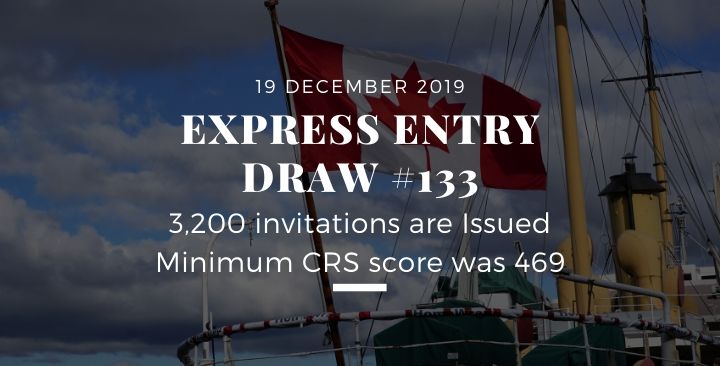 A total of 85,300 Invitations to apply are issued through Express Entry system this year

3,200 invitations to apply are issued in the new Express Entry draw on December 19 and the minimum Comprehensive Ranking System (CRS) score in this round was 469 a drop of three points over the previous draw held December 11.

The minimum CRS score depends on factors including the number of candidates in the Express Entry pool, the time between draws and the number of ITAs issued.

The lower cut-off score in this draw may be because of the only eight days elapsed between invitation rounds.

Tie-break time and date is December 14, 2019, at 08:41:33 UTC in this draw that means all the candidates who submitted their profile before this date and time with min CRS score 472 will receive an ITA.

Quebec has increased their application fee for sponsorship, settlement, in 2020