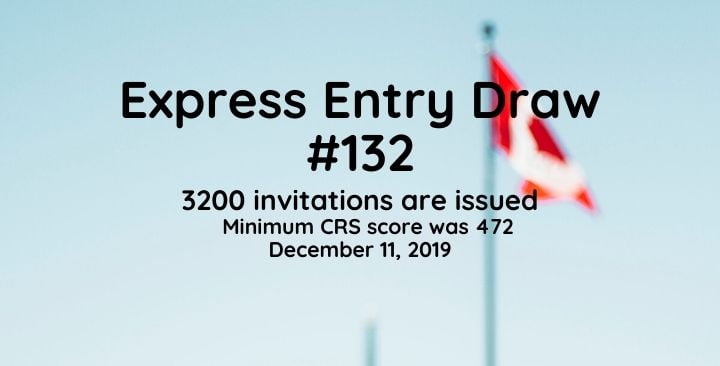 A total of 82,100 Invitations to apply are issued through Express Entry system this year

3,200 invitations to apply are issued in the new Express Entry draw on December 11 and the minimum Comprehensive Ranking System (CRS) score in this round was 472.

The time between the draws and the no of ITAs issued may effect the cut-off CRS. Larger draws often result in low CRS cut-off score, but this draw was on the smaller side and produced a slightly increase in CRS cut-off score.

Tie-break time and date is December 6, 2019, at 03:03:49 UTC in this draw that means all the candidates who submitted their profile before this date and time with min CRS score 472 will receive an ITA.